Summary: First published in 1993, The Virgin Suicides announced the arrival of a major new American novelist. In a quiet suburb of Detroit, the five Lisbon sisters–beautiful, eccentric, and obsessively watched by the neighborhood boys–commit suicide one by one over the course of a single year. As the boys observe them from afar, transfixed, they piece together the mystery of the family’s fatal melancholy, in this hypnotic and unforgettable novel of adolescent love, disquiet, and death. Jeffrey Eugenides evokes the emotions of youth with haunting sensitivity and dark humor and creates a coming-of-age story unlike any of our time. Adapted into a critically acclaimed film by Sofia Coppola, The Virgin Suicides is a modern classic, a lyrical and timeless tale of sex and suicide that transforms and mythologizes suburban middle-American life.

Source: I purchased a paperback

After seeing the movie years ago, I’ve wanted to read this book. I loved the movie and how strange, but compelling it was. The book did not disappoint. It was just as disturbing, interesting, and nostalgic as the movie.

The Virgin Suicides was a strange story about the suicides of all of the Lisbon sisters. The book was told from the point of view of a group of neighborhood boys as they watched the Lisbon girls and tried to piece together what happened and maybe even figure out why. The Lisbon sisters had strict parents and were shut in the house quite frequently, not typically allowed to date. Of course, it just made them all the more desirable to just about every boy in the neighborhood and school. After one sister’s attempted suicide, the family unraveled and the girls were even more secluded than before. Eventually, all of the sisters ended up committing suicide. The narrators told the tale as they pieced together the events of that short 1970’s suburban time period.

I can see why this book can be disappointing to some. You never really figure out WHY the girls committed suicide, but you get so close to some sort of conclusion. It’s a bit maddening, but I suppose that life is often like that. You can speculate, but you never really know sometimes why people do the things they do. I think that’s part of what made The Virgin Suicides so compelling. There were a number of factors that could have led to the girls having issues that could have led to being suicidal. Maybe all or some or none of those factors were the real reason. The book did a great job of hooking me in with interest in the Lisbon sisters and then frustrating me because I wanted answers and I realized that the narrators never got close enough to get them, but I loved being apart of the melancholy and the decay of suburbia that followed.

The book brought about nostalgia for a simpler time when neighbors knew each other. Kids played together, men took care of yardwork and women held the house together. It was normal for kids to have their secret treehouse, hang out often, and pay attention to the other neighbors. The boys never interacted much with the Lisbon sisters due to their strict parents, but they felt like they had some idea about who the sisters were. As the story went on, it was clear that what made the sisters tick and who they were would be lost to just about everyone. The boys lusted after the sisters, always attempting to catch some sort of glimpse of them, adding to the fantasy and mythology of the girls in general. The whole idea that the girls were this secret, sexy, and mysterious entity seemed a little weird and I can see how some readers may take offense to how the girls were objectified, but I think it made sense to the story due to the time, who was narrating, and the fact that the girls were so sheltered and watched. The Lisbon parents made it taboo for the girls to interact with boys,, which made them even more desirable and the narrators certainly admitted that often. There were moments when they’d interact with a Lisbon girl and realize she wasn’t all that pretty or that she wasn’t interesting or she had a weird quirk. I think that’s a valid reflection of real life.

The Virgin Suicides had so many layers and themes, which was what made it such a great book to read. The plot was a bit dull and disappointing on the surface due to not having a real conclusion, but the various underlying themes were very well done. If you summarize it, the book may even sound kind of boring, but it ended up being fascinating. The neighborhood began to deteriorate in ways that mirrored the deterioration of the Lisbon family. The writing was very well done. I could smell the fresh cut summer grass and feel the decay when the neighborhood began to rot. The Lisbon sisters and their motivations remained a mystery, but I found myself looking for the next glimpse with the narrators, caught up in the mythology of the Lisbon sisters, even when I knew it wouldn’t tell me anything substantial.

I definitely recommend The Virgin Suicides. It was quite brilliant and well told. I don’t doubt that it was the story the author meant to tell and any frustration on my part due to not knowing answers was all a part of the charm of the novel. It enveloped me and captivated me, giving me a small slice of 1970 suburbia through the eyes of the nameless neighborhood boys. The book isn’t for everyone as it is quite weird and melancholy. But if you’re into that sort of thing, it’s a great unique book.

One thought on “Review – The Virgin Suicides by Jeffrey Eugenides” 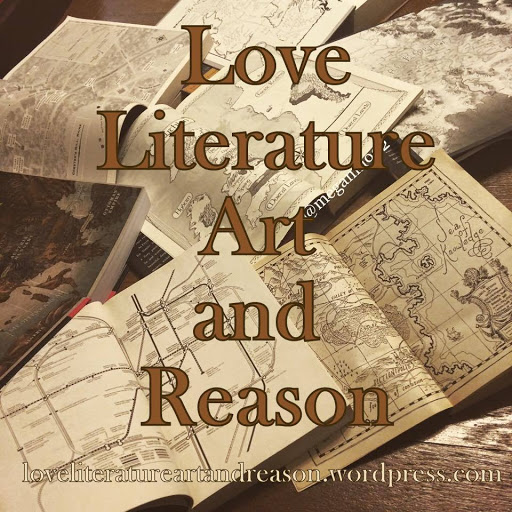 All things books and fun!

Vanity, On A Royal Scale

Michaels Musings of a Meandering Mind

Whatsoever a man thinketh,that he will doeth

Book reviews, news and whatever else pops into this crazy mind of mine :)

Slayers, Angels and Werewolves vs Demons, Vampires and Witches!

I introduce you to my magical bookish world